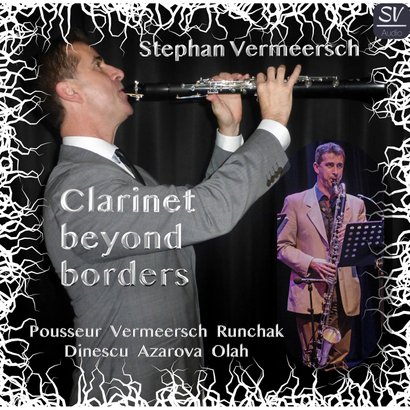 is a collection of thirteen captivating solo pieces for Bb, A, Eb and Bass Clarinet.

The composers of the pieces explore the many expressive possibilities of the “Clarinet Beyond Borders”. 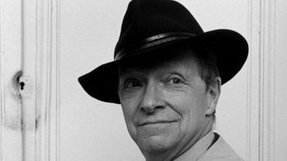 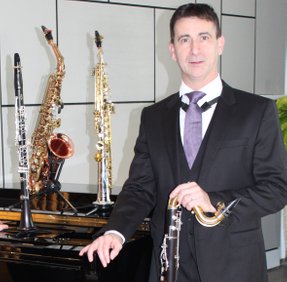 Generally regarded as a member of the Darmstadt School in the 1950s, Pousseur's music employs serialism, mobile forms, and aleatory, often mediating between or among seemingly irreconcilable styles, such as those of Schubert and Webern (Votre Faust), or Pousseur's own serial style and the protest song "We shall overcome" (Couleurs croisées).

His electronic composition Scambi (Exchanges), realized at the Studio di Fonologia in Milan in 1957, is unusual in the tape‐music medium because it is explicitly meant to be assembled in different ways before listening. When first created, several different versions were realized, two by Luciano Berio, one by Marc Wilkinson, and two by the composer himself (Sabbe 1977, 175, n. 86). Since 2004, the Scambi Project, directed by John Dack at the Lansdown Centre for Electronic Arts at Middlesex University, has focussed on this work and its multiple possibilities for realization.

He has gained an international reputation as versatile performer-improviser-composer of classical, contemporary, world and electro-acoustical music with many crossovers to other cultures and art forms (visual arts, dance, film, architecture, literature, theater…). He participated as soloist/chamber musician in a multitude of genres on clarinets & saxophones at concerts and festivals in over 40 countries East- & West-Europe, Middle-East, Russia, USA, Canada, Armenia, Pakistan, India, Japan, China and Mongolia.

As composer/improviser his motto is: "What lies beyond the border: a quest for new captivating music for a wide public: Far reaching and enriching!”

Stephan is President of the European Clarinet Association: this organisation strives to unite clarinet players beyond country, cultural, social  and language boarders and of course collaborate with clarinet associations worldwide. He is a Selmer Paris Artist,  D'Addario Woodwind Artist, Das Blashaus Artist, Silverstein Artist and Daniel Bulgheroni Artist. He was International  Representative Board Director of the International Clarinet Association (2014-2017) 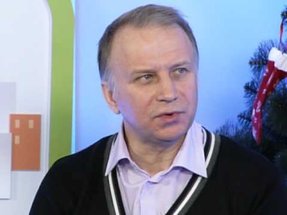 is a Ukrainian composer and conductor, laureate of numerous international competitions of composers. He has wide artistic interests: creation of music for symphony and chamber orchestras, small ensembles, soloists, chorus; conductor’s activity including performance of modern Ukrainian and foreign composers’ pieces; organizational activity in international and All-Ukrainian festivals and concerts of “New Music in Ukraine.” Runchak’s pieces have been successfully performed at   various international festivals of modern music in Ukraine and abroad.             Runcak’s recitals have been held in  Kyiv, Kharkiv, Lutsk, Saint-Petersburg, Moscow, Munich, and Paris. His pieces have been published by: 4'33'' - Germany, Agenda edizioni musicali Вologna - Italy, Astra -    Poland, New Consonant Music - Belgium, “Kyiv” Chamber Chorus Library, and recorded by: Aurophon, Stadt Witten - Germany, Sub Rosa - Belgium, Cambria – the USA. Runchak is a propagandist of the modern art of music. For three years he has been hosting the New Music in Ukraine broadcast on the National Radio Company of Ukraine Third “Culture” Channel. He initiated the performances of some orchestral and ensemble pieces of such composers-classics of the 20th century as D.Shostakovich, E.Varese, L.Nono, K.Stockhausen, G.Ligeti, L.Berio. As a conductor, Runchak premiered more than 400 world and Ukrainian contemporary music pieces, and he conducts the “New Music in Ukraine” chamber ensemble which he founded in the1988-1989 season. The ensemble and the “Atlantic” recording company issued ten discs of works of modern composers. As a guest conductor, Runchak performs with National Symphony Orchestra of Ukraine, National Odessa Philharmonic Orchestra, National Radio Broadcasting Company of Ukraine’s Honoured Symphony Orchestra, with symphony and chamber orchestras of Lviv, Odessa, Kharkiv, Zaporizhia, Luhansk, and Rivne philharmonics, and with music groups of Russia, Kazakhstan, Bulgaria, Israel, France. In 2007-08 and 2010-11 he served as chief guest conductor of the Kara Karaev State Chamber Orchestra of Azerbaijan. Runchak is Artistic Director of the International Festival of Classical and New Music “Kharkiv Contemporary” and the International All-Ukrainian Music Festival “Ukrainian Day of the Accordion.” 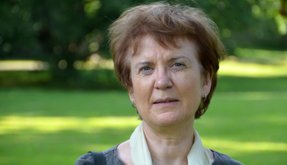 She graduated from the Gheorghe Lazar Lyceum in Bucharest in 1972, studied composition with Myriam Marbe at the Conservatory Ciprian Porumbescu in Bucharest from 1972‐78 (receiving a one‐year study of composition in 1977‐78) and subsequently had two years of musicology studies in Heidelberg.

The Cycle SATYA has 5 pieces: Satya I for violin, Satya II for bassoon, Satya III for double bass, Satya IV for clarinet and Satya V for all these instruments.

The process of the musical language is inspired from the word SATYA from the sanskrit language.

The Sanskrit word means KODEX or ritual or a kind of book of rules.

Translated  into English Satya is as "truth" or "correct". It is a term of power due to its purity and meaning.

The level of the ritual depends of its intensity and it is important to keep continously the process of the ritual. Each interruption could eliminate its function. For the 'musical' ritual there is a necessity of following rules, from one point of view, but also using them in a flexible way, so that each presentation of the SATYA IV has to be a creative one.

Lichtwellen is a musical process in search of a way to describe the phenomenon of light: the movements of high speed the changement of direc on and intensity, the miracle of a secret.

The clarinet has the capability to create a large palete of sound colour waves in a complex space dimension, suggesting a continous transformation of an elastical form. The notation has some free moments in which decisions are open regarding the order of some given models (which has fixed notaton). The flexible aspect of the piece allows the possibility of a creative interpretation.

Reversing Fields: this work consists of two sections which are arranged according to a system of asymmetric mirroring. The music springs from a personal reaction to a visual source, namely the paintings by Hans Werner Berretz and Riera I Aragò. The elements of colour, proportion, structure and visual associations of the beholder are reflected in the character of the music. The intention being to provoke mental associations between the two continuously communicating sources of sound motion and visual space which ultimately merge through a process of mirroring transformation. 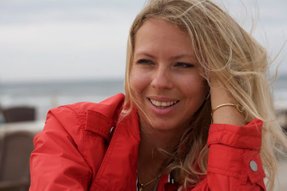 a Ukrainian/Dutch composer of contemporary classical music, currently residing in The Hague (Holland).

Alumnus from Odessa conservatoire and later MMus in composition under Theo Loevendie at Amsterdam conservatoire, the Ukrainian Svitlana Azarova recides in The Hague since 2005.

Trojaborg: This compositi􏰀on was writt􏰂en during a composer's residency of Visby, Gotland in Sweden 2007. The name comes from the ancient labyrinth near Visby which is of the type called “City of Troy” and is similar to the turf mazes of England and Wales. I was further inspired by the gigan􏰀tic amount of ruins and artefacts from Viking and medieval 􏰀mes found all over the island of Gotland.

Outvoice, Outstep & Outwalk: You step out of your weak side ‐ walk away from the past without looking back and use your voice to strengthen yourself. 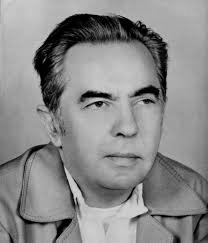 was one of the most important composers in Romania during the second half of the 20th century. His large composi􏰀onal output includes symphonic music, music for chorus and orchestra, music for films, theatre, choir, chamber ensem‐ bles and solo works. His recognizable composi􏰀onal style draws inspira􏰀tion from music based on oral traditi􏰀on (oft􏰁en from Transylvania) or Byzanti􏰀ne church music, stylizing it in an original manner while sti􏰀ll trying to keep its expressivity in a manner that can be associated with Bartók, Stravinsky or Messiaen. Olah was con􏰀tinuously preoccupied with the transformati􏰀on of folk material in concert music by the alterati􏰀on and variati􏰀on of its melody through chroma􏰀ticism, rhythm, harmony, color and instrumentati􏰀on, or by combining it with modern idioms.

Some of his works are organized in cycles, the most important one being inspired by works by the Romanian sculptor Connstan􏰀n Brâncusi. Symbolic associati􏰀ons in his music include the alternati􏰀on between two sound densiti􏰀es representi􏰀ng the sculpture en􏰀titled Endless Column, the zigzag homophony portraying the flight of the Majes􏰀tic Bird (Mayastra 1911), or the concept of space and 􏰀me realized through the dispersal of the instruments on the stage in The Table of Silence.

The Sonata for Clarinet Solo was composed in 1963 and is considered the first work in which Olah's compositi‐ 􏰀onal style is completely mature. It was dedicated to the virtuoso Romanian clarine􏰀st Aurelian Octav Popa and is the second in a cycle of five works called Homage to Brâncusi, composed between 1963 and 1967. In this work, the composer a􏰂ttempts to mirror the symbols that The Majesti􏰀c Bird sculpture represents through the expressive possibiliti􏰀es of a melodic instrument.

To best understand the main principle that generates the structure of this musical compositi􏰀on, Brâncusi's words are revealing. He says that his Majesti􏰀c Bird represents the:

[.] symbol of flight which frees people from the limitati􏰀ons of the dead substance. I had to show in plasti􏰀c forms the spiritual meaning ti􏰀ed to the substance. Simultaneously, I had to merge all forms into one unity. Even the contradictory forms had to be unified into a new final unity.

Rather than following a program or telling a story related to the myth of the bird, Olah at􏰂empts to create an imaginary world by making poe􏰀tic associa􏰀tions through his music. He believed that music in general, by its very nature, is subjecti􏰀ve and impossible to interpret through words. 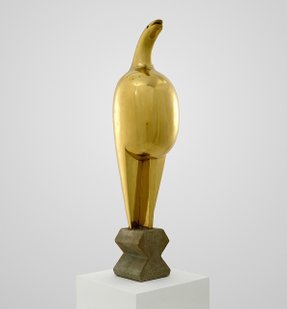